From Wikipedia I didn't go very far for this:

Balistrieri also met businessman Allen Glick. Glick had recently bought the Stardust and Fremont casinos with a $62.75 million loan from the Teamsters, and had given Frank Rosenthal the job of running the casinos at the insistence of Balistrieri, who had arranged the loan for Glick.

Balistrieri and Civella entered a feud over each other's share from the casino skimming operations, and the two requested arbitration from The Outfit. The results of the arrangement, as ruled by Outfit leader Joseph Aiuppa and underboss Jackie Cerone, demanded that The Outfit receive a 25 percent tax as its cut in skimming operations. Balistrieri blamed Rosenthal, the Outfit representative at the Stardust Hotel, for Balistrieri's problems in Las Vegas. In 1982, Rosenthal narrowly averted death in a Las Vegas car bombing that was attributed to Balistrieri. *

Nicholas Civella dominated criminal activity in Kansas City, which was apparently controlled by Chicago. There was some kind of connection to Florida for the Milwaukee business. There were also obvious Chicago connections in Milwaukee.

* "...Las Vegas car bombing that was attributed to Balistrieri." Frankie was for some reason, also known as "Mad Bomber" there's some history of people having unfortunate ends that way, and a raid that found dynamite in the basement of one of the local hangouts of Balistrieri. But like most of the rest, they were convicted of tax evasion, extortion or commercial gambling.

In September 1985, Balistrieri was tried in Kansas City with eight other people for skimming an estimated $2 million of the gross income of the Argent Corporation casino operations. (he was already in prison for the other convictions.) 1985? Argent casinos? The skimming apparently took place in the decade before.

Argent Corporation was a company in Las Vegas that at one time controlled the Hacienda Hotel/Casino, the Stardust Resort & Casino, the Fremont Hotel and Casino and the casino in the Marina Hotel. ARG (Allen R Glick) + Enterprises = Argent

The movies:
Casino and Donnie Brasco have bits of these stories and events. 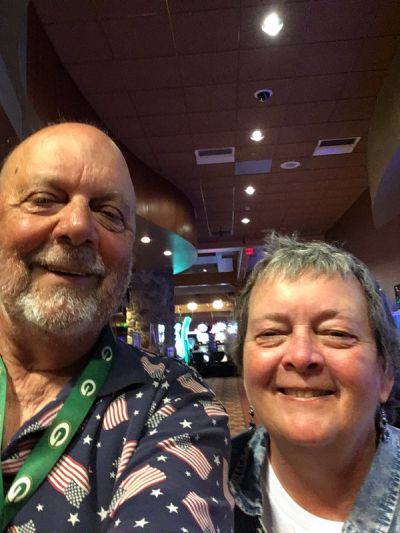 Messages In This Thread

Re: The Milwaukee Mob and Las Vegas