The Chip Board Archive 22

There is no doubt in my mind that these are the first authenticated chips used at the Hi-De-Ho in Wilder, Kentucky. Other chips previously attributed there by local collectors were subsequently proven to be from the Glenn Hotel, run by Jim Harris’ competitors and enemies, so the chances of dual use were zero.

I was aware of the listing in the Gaming Table for HDH (Hub) as ‘location unknown’ and the record card which the old authors had (below) upon which that listing was made. What prompted me to pursue this further was the fact there were no black chips shown on that card.

I called in a favour and established that during the research of some Hi-De-Ho dice (also apparently supplied by Mason), other records pertaining to order ‘3196’ indicated the chips were shipped on 9/23/50 (3 days after the order was taken) to “Jim Harris, Newport KY”, and this had been annotated on a separate handwritten copy of the order.

Great news, BUT, not quite the info I was looking for. My problem was I had black chips. There could have been another order going elsewhere with no record card. Believe me, it happens often, which is why there are many other UFC hubs.

Then the chips arrived.

Wait a minute! Something is wrong with these black chips. They look as though they’ve been painted. Look at the two chips at the bottom of the scan and you can see red showing on the edges. Not so clear on the scan but obvious if you have the chips. Seems to be a professional job though. Im even wondering if it was done at Mason although I cant understand why. There is very little, if any, of the gold of the hotstamp showing, but the monogram is clear regardless so there is a definite possibility they were painted before the hotstamps went on.

Anyway, that is a topic for separate discussion. For now, it resolves the issue of no black on the order card because the red are there!!
The black/red chips are pretty much as they appear in the scan. Some of the blue chips are faded, and some blue and white show some staining on the rim. Looks like some mild water damage.

The chips therefore are first come, first served, at a price of $44 shipped for the set of 3. Email me if interested.

The Hi-De-Ho in Wilder was purchased by “Big Jim” Harris in 1940. Gambling and pro$titution were the club’s standard fares. Harris, who had previously opened the Stark Club in Newport, determined that his joint in Wilder was easier to operate and that local officials were more tolerant primarily because he was at the time the marshal of Wilder!

The place became notorious as a bust-out gambling operation and the whore’s rooms were wired so that customers could be blackmailed with photos and audiotapes. Briefly in 1950 the joint was renamed the 19 Club in a failed attempt to disguise the operation. The Cleveland Syndicate, concerned by the loss of gambling business at the Latin Quarter nearby and worried the blackmail scheme would cast a bad light on their clubs, convinced the Kentucky State Police to raid the Hi-De-Ho in 1951, effectively shutting down the club. After a long trial process, Harris was sentenced to three years’ jail time in 1955. Harris would return to run several strip clubs later, but it was a great example of Northern Kentucky justice that he continued to be the Marshall throughout his early brushes with the law.

Local collectors have authenticated chips from the Hi-De-Ho. These chips and memorabilia are in demand. The chips attributed to the Hi-De-Ho were actually delivered to the Glenn Hotel. In addition, 19 Club chips have been identified, but not fully documented.
. 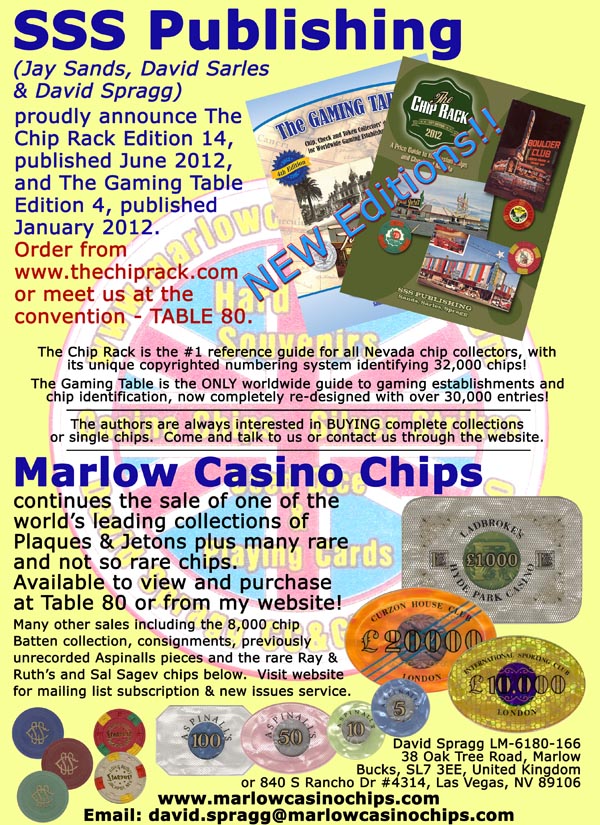 Messages In This Thread